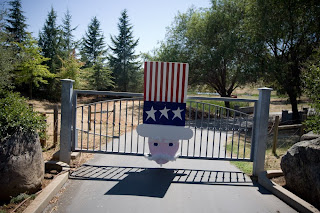 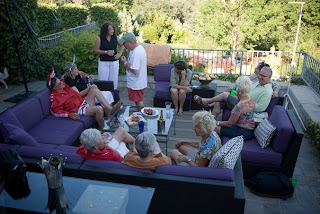 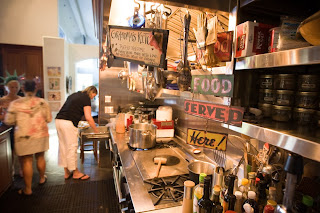 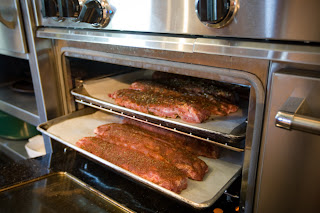 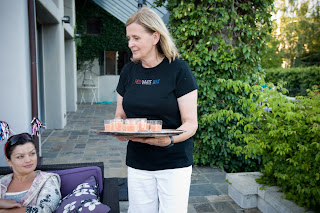 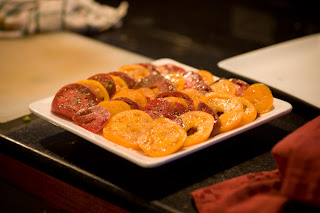 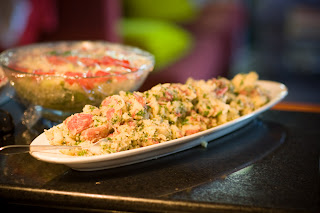 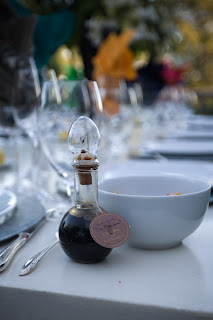 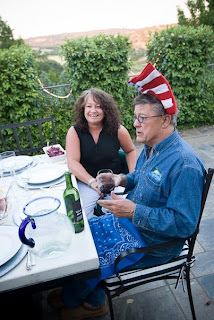 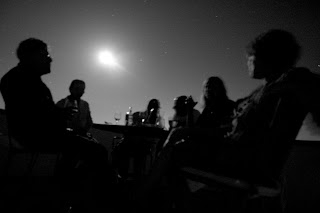 One more post tomorrow on this incredible weekend... Come back and check it out. You won't be sorry.
Posted by Terry Daffin at 8:21 PM 2 comments:

This is the first of a three part post of a most unbelievable weekend of good friends and phenomenal food. Mary and I had the good fortune to get invited to dinner on Friday and then an overnight invite on Saturday and Sunday. These were no ordinary invites I might add. We were invited to dinner by 3 of the Dining Divas from Sacramento.

Friday night we went to the newly remodeled home of Joan Lieneke. The kitchen was fabulous and Joan was gracious enough to give us the grand tour and talk about each cooking station and its features. Very, very impressive. The anchor of the kitchen was the wood burning oven in which almost the entire meal was cooked. We started with pizza appetizers that Joan put together at the baking station. We then moved to the table for a raw salmon kibbe that was to die for... The main course was oven baked quail and broccoli with gnocchi prepared by the 2nd of the 3 Dining Divas, Paulette Bruce.

The quail was baked to perfection, the broccoli had a smoky flavor and the gnocchi was rich and creamy. We were also fortunate enough to have a wonderful bottle of BV Private Reserve that was 23 years old (provided by Jim and Debbie). For dessert, fresh fruit cup that was perfect after such a wonderful meal. Thanks Joan and Jake for having us over and Joan and Paulette for a perfect night out. Check out some of the photos... 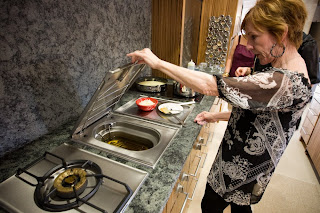 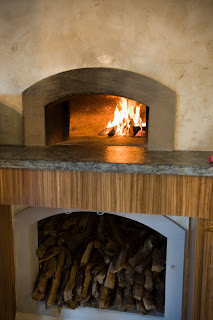 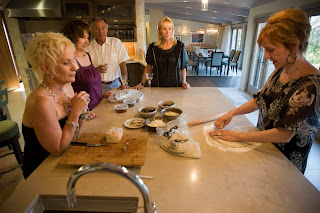 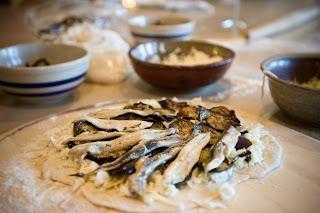 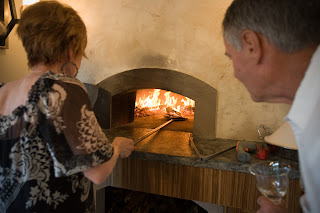 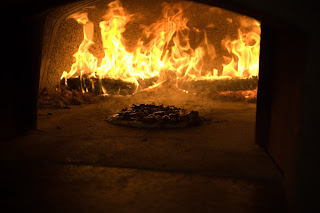 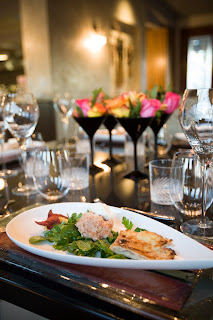 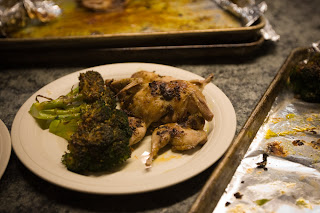 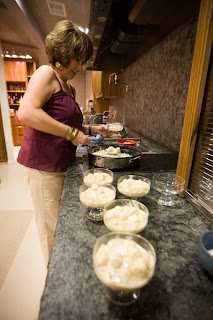 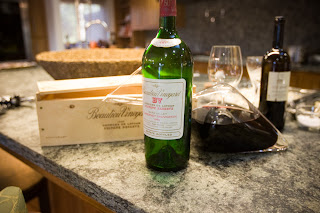 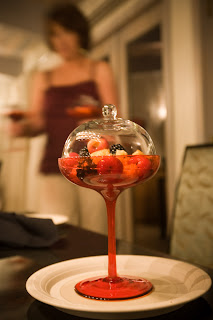 Posted by Terry Daffin at 10:34 PM No comments: