Mary and I spent the day in Modesto yesterday at the NorCal Film Festival in support of a independent feature film Elsa Letterseed. Almost 6 years ago now, a good friend and writer/director, Sarah Kreutz asked Mary to read a part for the movie she was making. Mary got the part Casandra Sybil and the rest is history.

Elsa Letterseed is the story of a young violin prodigy who experiences a phenomenon, which renders her genius musical gifts useless. Unable to perform and provide income, her parents place her in a mental hospital for a brief stay. Years later, Elsa is now out on her own, struggling to survive. Without money or talent she must now forge her way through the intricate puzzle of her life, finding unexpected sources of support which help guide her through extraordinary events. Elsa's journey to regain her purpose brings together an intriguing cast of characters and mazes through a story of unexpected twists.
The film was very well recieved and won many of the awards it was nominated for including:
Best Feature Film
Best Actress (Garian Grewe)
Best of Festival
Check out some of the pictures from the day... 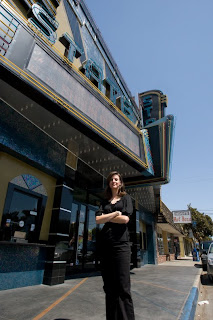 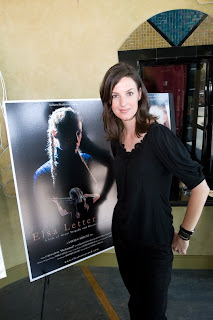 Sarah next to her Elsa poster 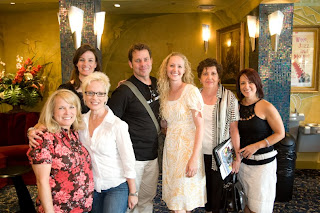 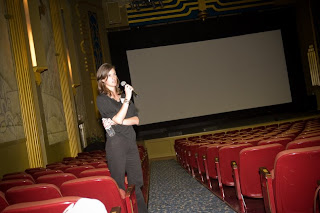 Sarah answering audience questions after the showing of Elsa
Posted by Terry Daffin at 2:23 PM